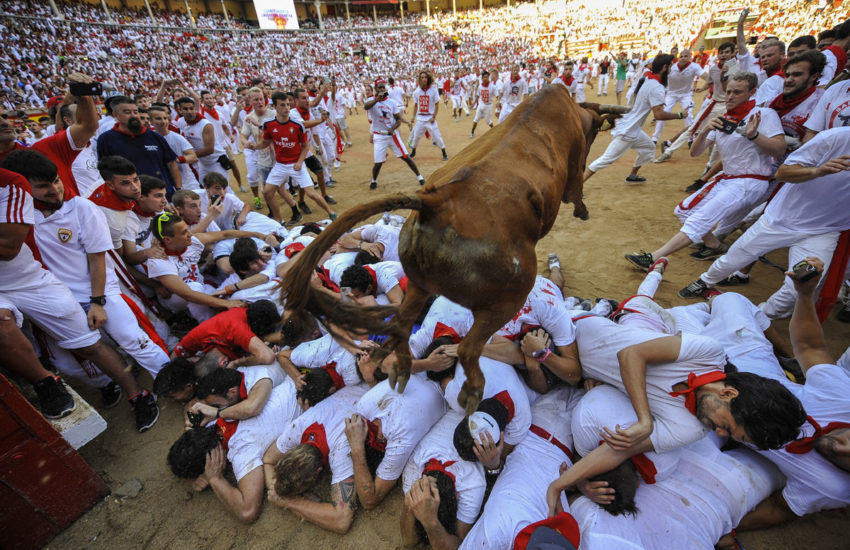 NOTES: This will be our annual “Running of the Bulls” hash – you’re encouraged to dress in costume and the slower hashers will get a head start in an attempt to avoid being “gored” by the racists.

FUN FACTS: Saint Fermin is the patron saint of Pamplona and is said to have baptized over 40,000 people over three days in the city. Several legends of Saint Fermin have him being martyred by being tied to a bull and dragged to his death, a legend which gave rise to the “Running of the Bulls” tradition during the San Fermin festival.