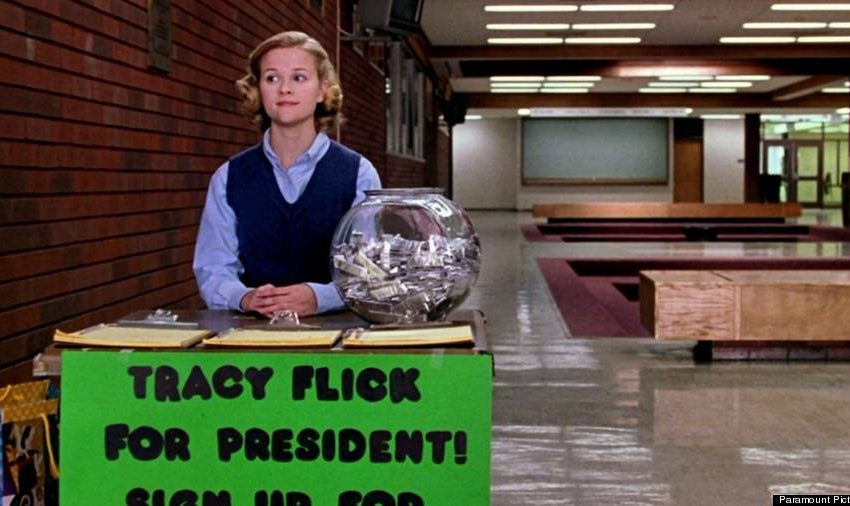 Fun Facts: The 1999 film Election is based on a novel of the same name by Tom Perrotta – the film rights were sold to director Alexander Payne in 1996 based on Tom Perrotta’s manuscript and the novel wouldn’t be published until March of 1998. Though a box office failure, Election received critical acclaim and resulted in an Academy Award Nomination for Best Adapted Screenplay for Alexander Payne and Jim Taylor.