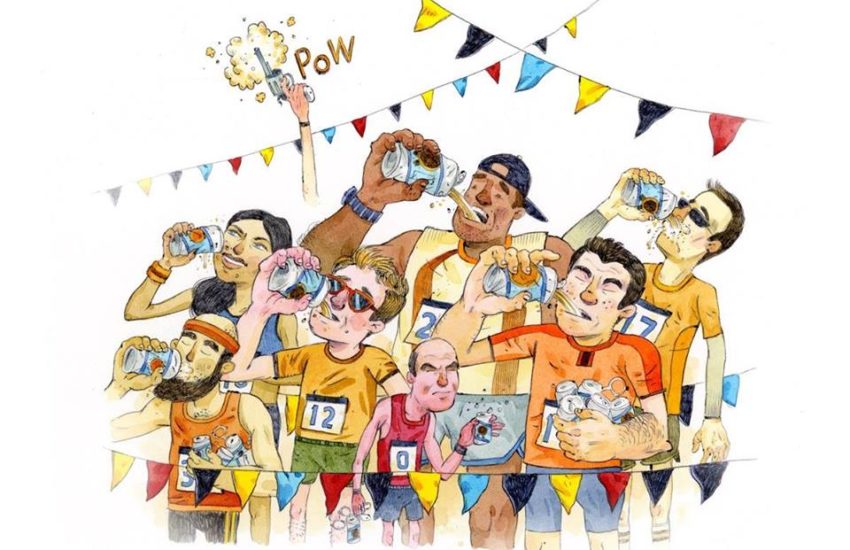 Notes: The Thirst-a-thon returns! Prepare for the Chicago Marathon by first joining TH3.

Fun Facts: The legend of Pheidippides running from the Battle of Marathon to Athens to announce the Greek victory over the Persians is often incorrectly attributed to Herodotus. In Book VI of Herodotus’ Histories, Pheidippides is sent to Sparta to request reinforcements for the Greeks (a distance of 140 miles), while the entire Athenian army raced back to Athens to defend against a naval invasion after the battle of Marathon. The two events became conflated in popular myth by the time of Plutarch’s On the Glory of Athens in the first century AD, and it is from this account that the modern marathon is derived.